We are still fulfilling local and international orders. Processing and delivery time may take longer than usual. Thank you. 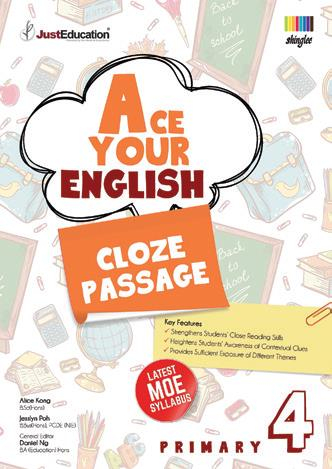 The ability to do well in cloze passages is closely linked to one’s reading comprehension skills, vocabulary and general knowledge. Pupils need to understand the context of the given passages and be able to glean contextual clues that will help them to fill in the missing words. Having a wide range of vocabulary and knowledge of a variety of topics will thus help pupils tackle cloze passages with ease and confidence.

This series of Ace Your English Cloze Passage books is specially written based on MOE’s latest Primary English Language syllabus. It covers an extensive range of themes to arouse pupils’ interest in acquiring general knowledge and broadening their vocabulary. It is designed to enhance pupils’ competence in tackling cloze passages by providing them with intensive practice in the different formats of the Cloze component: Grammar Cloze and Vocabulary Cloze.

Each book in the series comprises the following features:

Thematic Approach in the assembly of cloze passages helps to create a greater awareness of context in the pupil, which is vital for pupils to do well in cloze passages, and to build up a specialised vocabulary word bank.

Intensive Practices with carefully crafted questions sharpen pupils’ skills in understanding the context of passages and help pupils to be more discerning in their choice and usage of words.

Progressive Levels of Difficulty – The cloze passages are written in progressive levels of difficulty, from the easy to the challenging, to hone pupils’ skills progressively and build up their confidence gradually. The last level of difficulty in each book aims to prepare pupils for the next academic level.

A Score Record is provided for pupils to record their achievements in the practices so as to accurately monitor their own progress.

The Final Revision Unit and Ultimate Challenge are included to provide additional practice and help pupils to gauge their mastery in tackling the Cloze components.

To do well in cloze passages, pupils not only need to be able to read and understand written text passages, but also be aware of how particular words are used in specific contexts. This series of books aims to help pupils become discerning users of the English language who can understand the true meaning of words and how to use them appropriately. 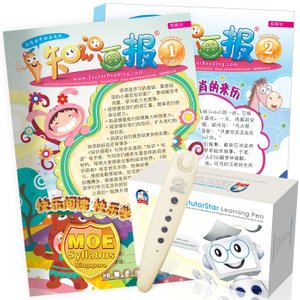 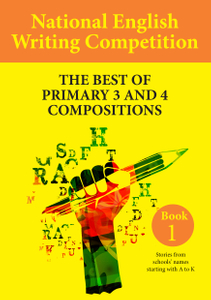 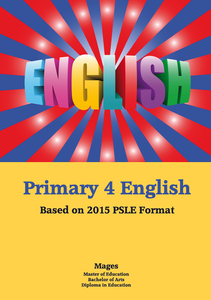 PRIMARY FOUR ENGLISH - BASED ON THE LATEST PSLE FORMAT
$12.00 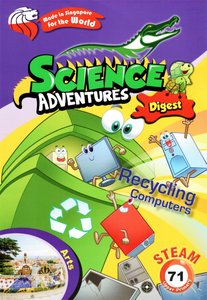 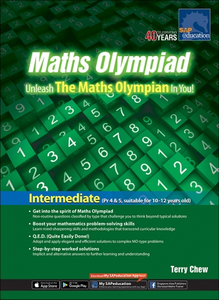 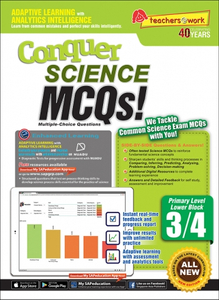